Casa Llotja de Mar, located on the sea front in the historical centre of Barcelona, is one of the most significant and splendid monuments representing the economy and culture of the city. It was built in the second-half of the 14th century, the most brilliant period of Catalan Gothic.

The present neoclassical building was constructed in the 18th century on top of the old medieval building. The antagonism of styles makes Casa Llotja a historical and artistic monument of immense architectural interest, to which is added the incalculable artistic value of its halls and rooms, decorated and enriched mainly with 18th and 19th century sculptures and paintings by students and professors of the Academy of Fine Arts. 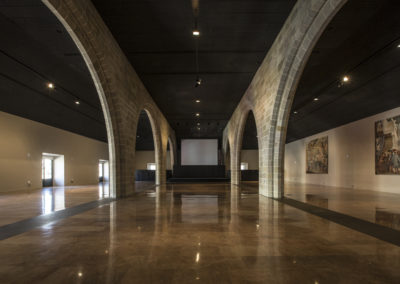 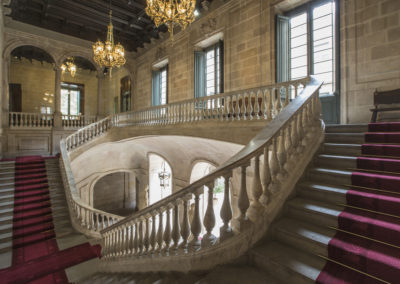