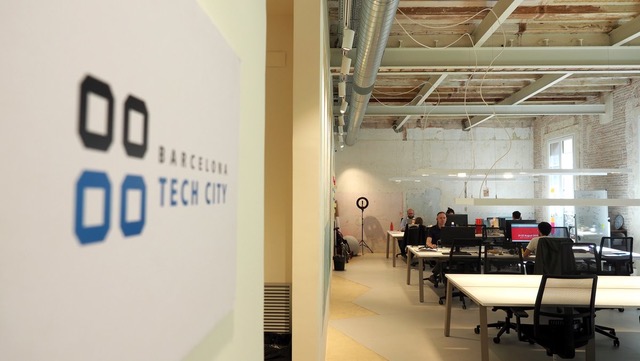 Barcelona already has its second start-up house. After the success of Pier 01, Barcelona Tech City, an association that represents more than 800 entrepreneurs, start-ups and companies in the digital and technological sectors of Barcelona, ​​has announced the opening of Pier 03, a new innovation space for emerging companies as well located very close to the sea front. The Pier 02 name will be saved for an even larger space in which work continues, according to sources from the association.

“Having a new Pier is a demonstration of the impact that the growth of Barcelona’s technological and digital ecosystem has and its consolidation as a focus for business and investment in this sector,” says Miguel Vicente, president of Barcelona Tech City.

Located in the Els Porxos d’en Xifré building (right where the 7 Portes restaurant is located, in front of the Llotja de Mar) and three minutes from Pier01, this new space has more than 3,500 square meters of offices where, in addition , a large green terrace of 2,500 square meters will be added. The property will have the presence of more than 20 companies and different agents of the ecosystem, following the philosophy of the current Barcelona Tech City hub.

Thus, within this building companies such as Tiendeo, Grupo Viko or MyPoppins have been installed, as well as education centers such as The Valley Digital Business School. Also, within the building the expected hub of companies dedicated to blockchain will be released, with companies and institutions that develop products based on this new technology that uses blockchains. “We live in a special moment in history, blockchain can radically transform the business landscape of all industries”, highlights Miquel Martí, CEO of Barcelona Tech City. Start-ups such as Caelum Labs, FlexiDAO, Unison, Herotoken, IOVlabs, Obyte, BetterChain and the Alastria association will have a presence in the space, which will have 500 square meters.

In addition, the new Pier will have two pioneering areas: the first, the house of neurosciences (Neurohouse). Powered by Novartis, it is the first physical space for meeting and interaction on neurology in Spain and Europe. It has 250 square meters.

The second prominent actor at Pier 03 will be the Barcelona Civic Tech House. The Eticas Foundation project in collaboration with Barcelona Tech City will provide, as of October 2019, 1,000 meters of space for responsible innovation initiatives, civic and ethical technology and tech for good.

Give us your email and we will inform you of the activities we organize in Porxos del Port.